Deforestation and Global Warming: The numbers

You have certainly felt it, we have recently broken heat records in many parts of the world, especially in Europe. That's why I decided to do some research to find a link between deforestation and global warming.

Deforestation is indeed both a cause and a consequence of climate change! 20% to 25% of greenhouse gas emissions are due in particular to human activities and come from forest degradation.

What are the main causes of deforestation? What is the link between deforestation and global warming? What area of primary forest remains in Europe? How to fight deforestation? These are certainly questions that you ask yourself, I will answer you here.

Summary
Forests, cradles of biodiversity
Forests and climate regulation
Deforestation VS Global Warming
What area of primary forest remains in Europe ?
What are the main causes of deforestation ?
How to fight deforestation ?

Forests are biologically more diverse than any other terrestrial ecosystem, with more than two-thirds of all living species on Earth. Tropical forests possess more than half of terrestrial biodiversity.

By the term biodiversity, it implies the diversity of species of plants, animals, fungi and microorganisms. All these organisms and populations interact with each other: they eat, hunt and benefit from each other. They thus exert themselves an impact on their environment.

Pollination by insects, soil fertility thanks to the many fungal microorganisms or earthworms. Ecosystem services encompass all of this and also contribute to the well-being of humans.

Human life is intrinsically linked to biodiversity. On a global scale, forests play an important role in the climate by sequestering CO2. Trees in fact capture carbon by photosynthesis, some of which is incorporated in organic matter. The other is rejected by respiration or indirectly by decomposition.

As we saw earlier, forests help to sequester greenhouse gases (CO2). But by evaporating huge amounts of water and creating clouds that then reflect sunlight back into space, tropical forests also help cool the Earth.

Forests also provide natural protection against storms, floods and soil erosion. They control water runoff by storing rainwater and then gradually discharging it into aquifers, reducing the risk of flooding and landslides.

Each year, 13 million hectares of forest disappear, that is 4x the surface of Belgium or 10 football fields, every 15 minutes!

At the same time, according to data published by Copernicus Climate Change Service, 2018 was the fourth year in a row the hottest ever recorded. While emissions and concentrations of greenhouse gases and deforestation are also increasing. 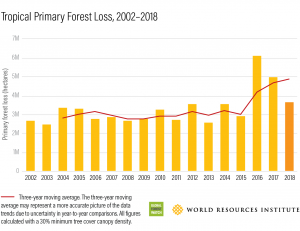 Deforestation alone is not responsible for global warming. It is indeed the greenhouse gases in their entirety, those responsible for the observed warming of +1.1°C above the pre-industrial average.

At the sight of these tables, we can nonetheless draw conclusions, it is undeniable that both are simultaneously growing significantly. 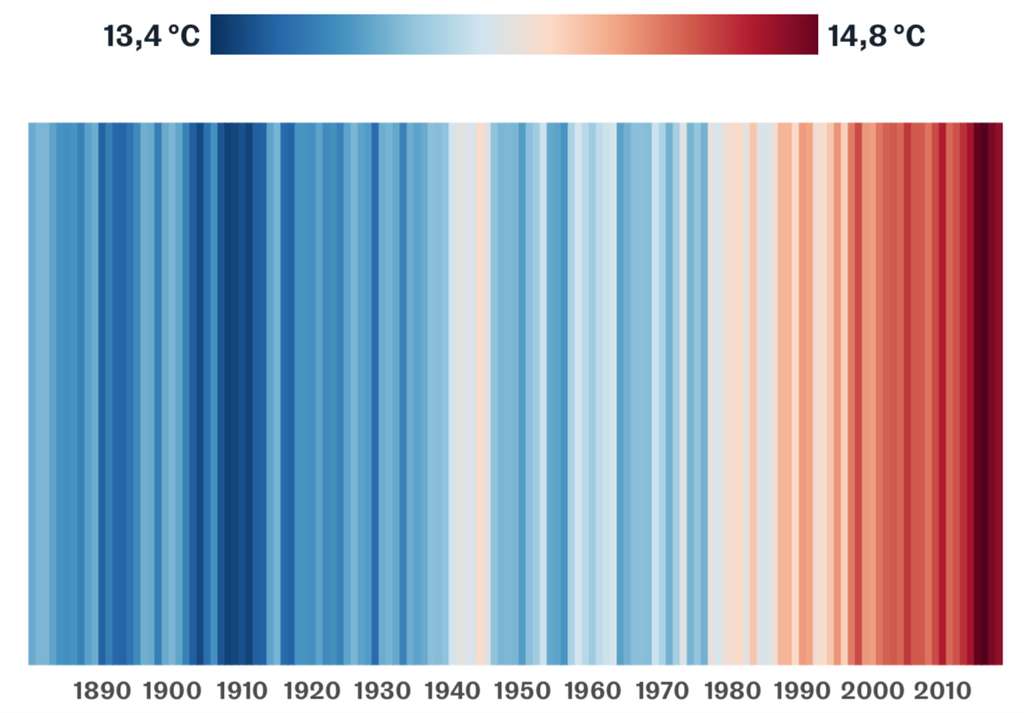 The record temperatures of this month of June 2019 as well as the increasing destruction of the Amazon rainforest (+54% since January 2019 and the beginning of the Bolsonaro presidency) according to the NGO Imazon do not bode well.

We can expect yet another increase, despite the Bonn Challenge, launched in 2011. That encourages states to restore 150 million hectares of forests by 2020 and 350 million hectares by 2030, this is to keep global warming below +1.5°C.

What area of primary forest remains in Europe ?

Researchers from the Department of Geography at the Humboldt University in Berlin have made the first map to locate the last remaining primary forests in Europe; more than 1.4 million hectares distributed in 34 European countries.

The majority of these forests are small, fragmented and interspersed in man-dominated landscapes. This makes them particularly vulnerable to disturbance. Despite the fact that the majority of mapped forests are located in protected areas, some of them are not. 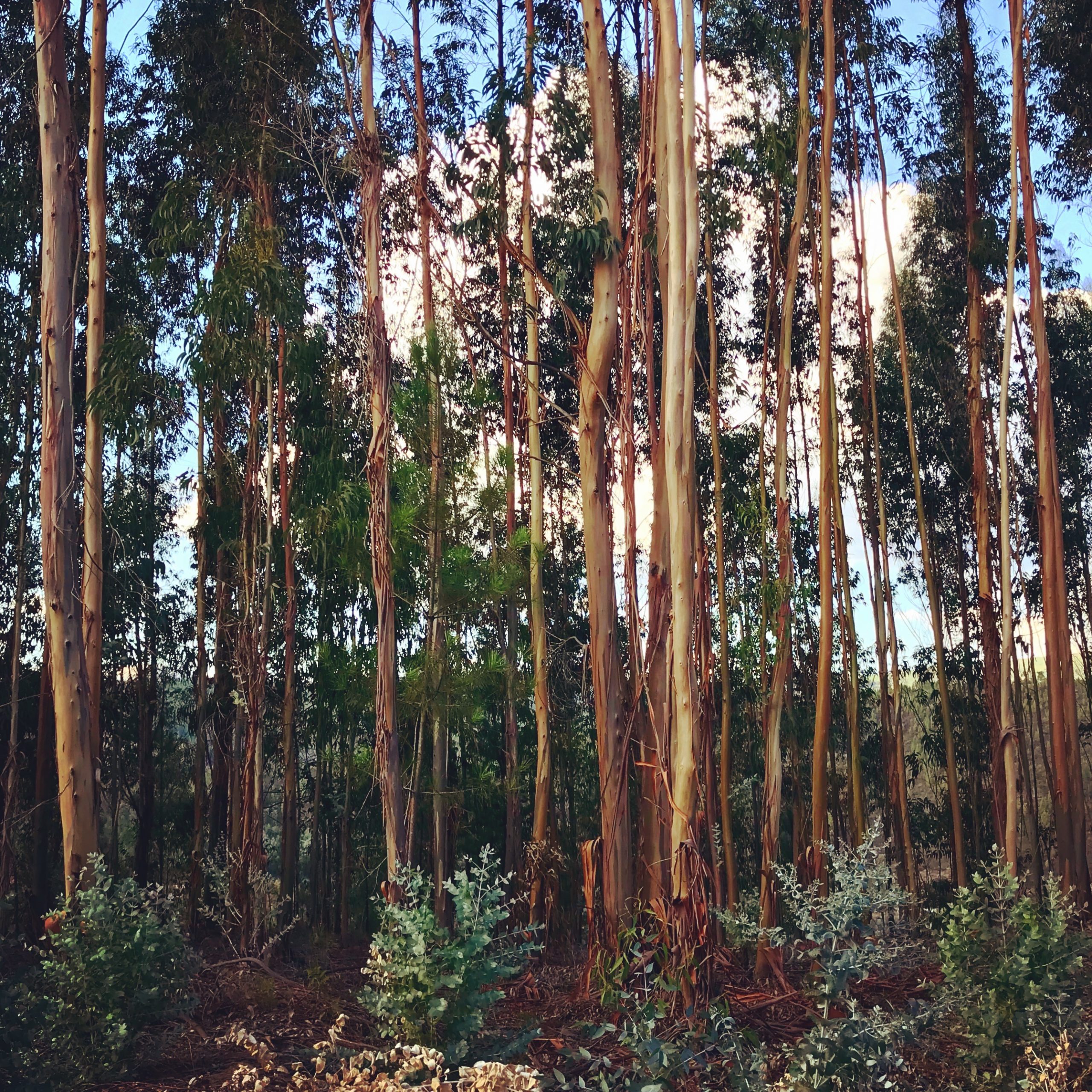 What are the main causes of deforestation ?

The main causes of deforestation are mostly human. Essentially the conversion of forests into farmland, plantations or for livestock.

Logging is the oldest cause of deforestation. "Clear cutting" as well as "selective cutting" are harmful and also lead to many wastes and deprive the forest of its natural balance.

Trees adapt very hard to climate change. In addition, they are weakened by storms and periods of drought, making them more susceptible to fire. The sharp increase in forest fires in 2015, 2016 and 2017 boosted the loss of forest areas worldwide by 51%.

Imported deforestation, that is, all the products we consume that contribute to deforestation. Thus, the meat, eggs and dairy products that we eat every day are derived from animals fed soy. Soybeans whose cultivation continues to grow, encroaching on natural forests. The same is true for cocoa and palm oil, where plantations are replacing tropical forests.

How to fight deforestation ?

To begin with fighting against deforestation, on our scale, what we must do above all else is to consume differently. It is often in the hands of consumers to push companies to adopt responsible behavior.

You can do this by reading the labels of your food, and so favor products without palm oil. It is also important to reduce or eliminate the consumption of animal protein. This is because soybeans, participate in Amazonian deforestation, then travels thousands of kilometers until arriving in Europe to feed livestock. You can also feed yourself healthier, by favoring local and labeled products.

Give up your car as much as possible, biofuels come from cultivated fields that often replace forests. By privileging the soft mobility, you will do good to your health as well as to the Planet.

You can also plant trees! In case you do not have a green thumb, associations like Reforest'Action can do it for you. Or shopping with bunq Green Card.

Using the Ecosia search engine, simply by searching the web you can plant trees. Indeed, the profits generated by your research are used to plant trees. To date, 61'067'644 trees have been planted thanks to the users.