Why and how to recycle plastic waste?

Plastic waste is one of the main problems facing our generation. By 2030, global production of plastic waste could increase by 41% and the amount of plastic accumulated in the ocean could double. The cause, our pattern of consumption and a faulty system of plastic production, use and disposal in which no one is held responsible.

Rich countries have a large share of the responsibility for this crisis. They produce 10 times as much waste per person as the so-called underdeveloped countries and, in addition, export between 10 and 25% of this waste. Fortunately, in order to achieve a plastic-free nature and the goal of zero plastic by 2030, solutions already exist but need to be reinforced.

The numbers of plastic pollution

The production of plastics has increased exponentially. It rose from 2.3 million tonnes in 1950 to 162 million tonnes in 1993 and to 360 million tonnes in 2018. Today, 73% of the waste on beaches around the world is plastic. In fact, almost half of the plastic produced worldwide is transformed into waste in less than three years. Yet only 20% of this waste is collected for recycling.

Most of this waste is packaging. This segment accounts for nearly 50% of all plastic waste produced worldwide. Most is never recycled or incinerated. Worse, more than 40% of the plastic is used only once before being thrown away.

As for the share of plastic in marine waste, it is 75%. The nature and size of this waste is very diverse: 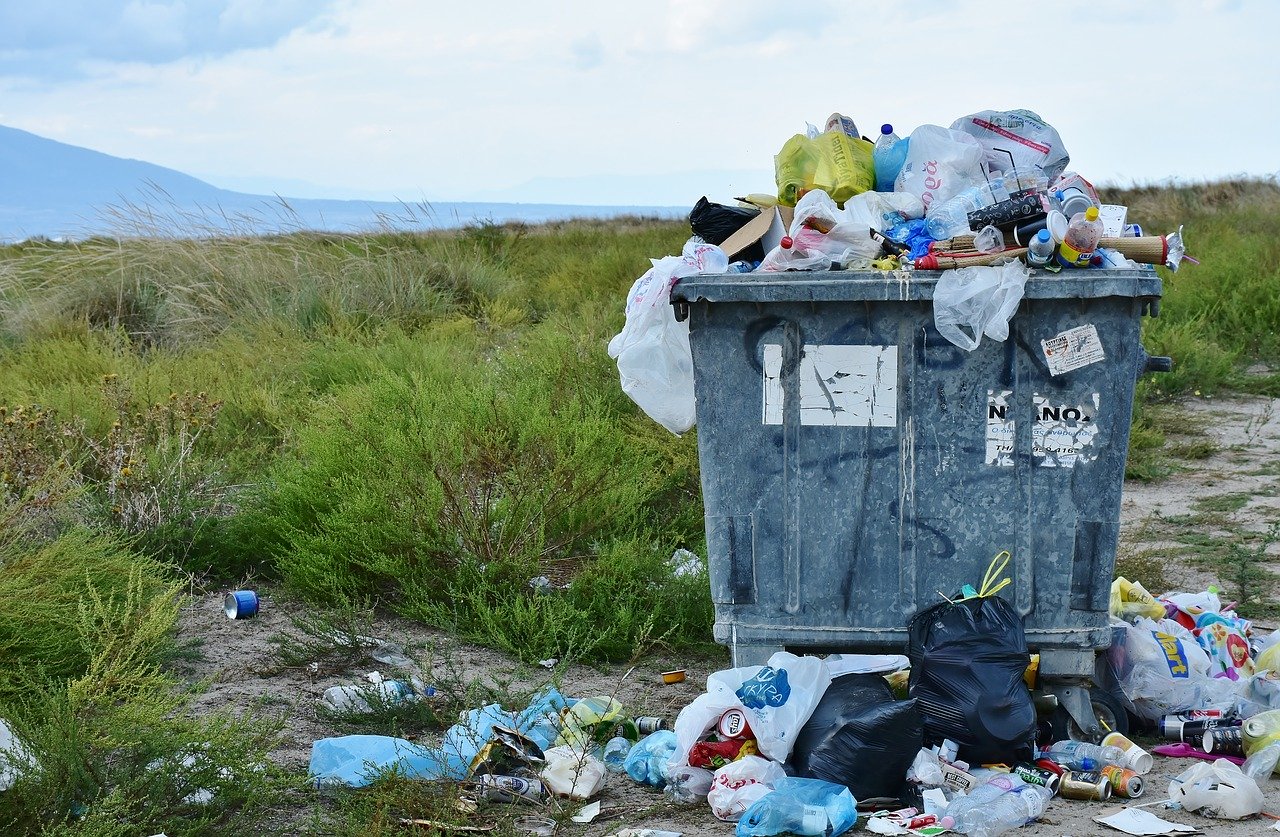 How to reduce plastic waste?

First of all, always remember that the best waste is the one you don't produce! So, before you buy, always ask yourself if the purchase is really necessary. Next, think about these ten very simple goals:

Can plastic be recycled?

There are five families of recyclable plastic:

Note that recycled or recyclable plastics are recognized by a triangle-shaped symbol drawn with three direction arrows, usually found on the bottom of the packaging.

How is plastic waste recycled?

For recycling to work, communities must be able to collect and sort plastic in a cost-effective manner. Collection is expensive because, for example, plastic bottles are light but bulky, making it difficult to collect large quantities of plastic efficiently.

Collection is an important step in the plastic waste recycling process. It is carried out by users. After this step, the collected plastics are sent to a specialised sorting centre.

The aim of the sorting centre is to group them by family as not all plastic waste has the same components. Then, the waste goes to a compacting stage which consists of transforming it into blocks called plastic bales.

The bales of plastic then pass through a machine to be carefully cleaned. Once cleaned, the plastic is sent to large-capacity shredders where it is carefully crushed and shredded. As a rule, after this phase, flakes of different colours are obtained which are introduced into industrial washing machines for a second cleaning.

Finally, the plastic is sent to a silo heated to a very high temperature to be dried and homogenized. The paste obtained at this stage passes through another machine called an extruder. Thus, we obtain granules ready to be used in the manufacture of new objects.

Social plastic: what is it?

Social plastic is the name given to a project launched by David Katz and Shaun Frankson, the founders of The Plastic Bank. The aim of the project is to monetize plastic and transform it into a source of income for poor people. The collected plastic waste can be exchanged for digital tokens (not money). Collectors can also have access to 3D printers to make items that can help their community, such as water filters.

The Plastic Bank finances itself by selling the collected plastic to companies that see the potential to make products created from the plastic collected by the poor and which, in this way, has been prevented from entering the ocean. The first centre was established in Lima, Peru. 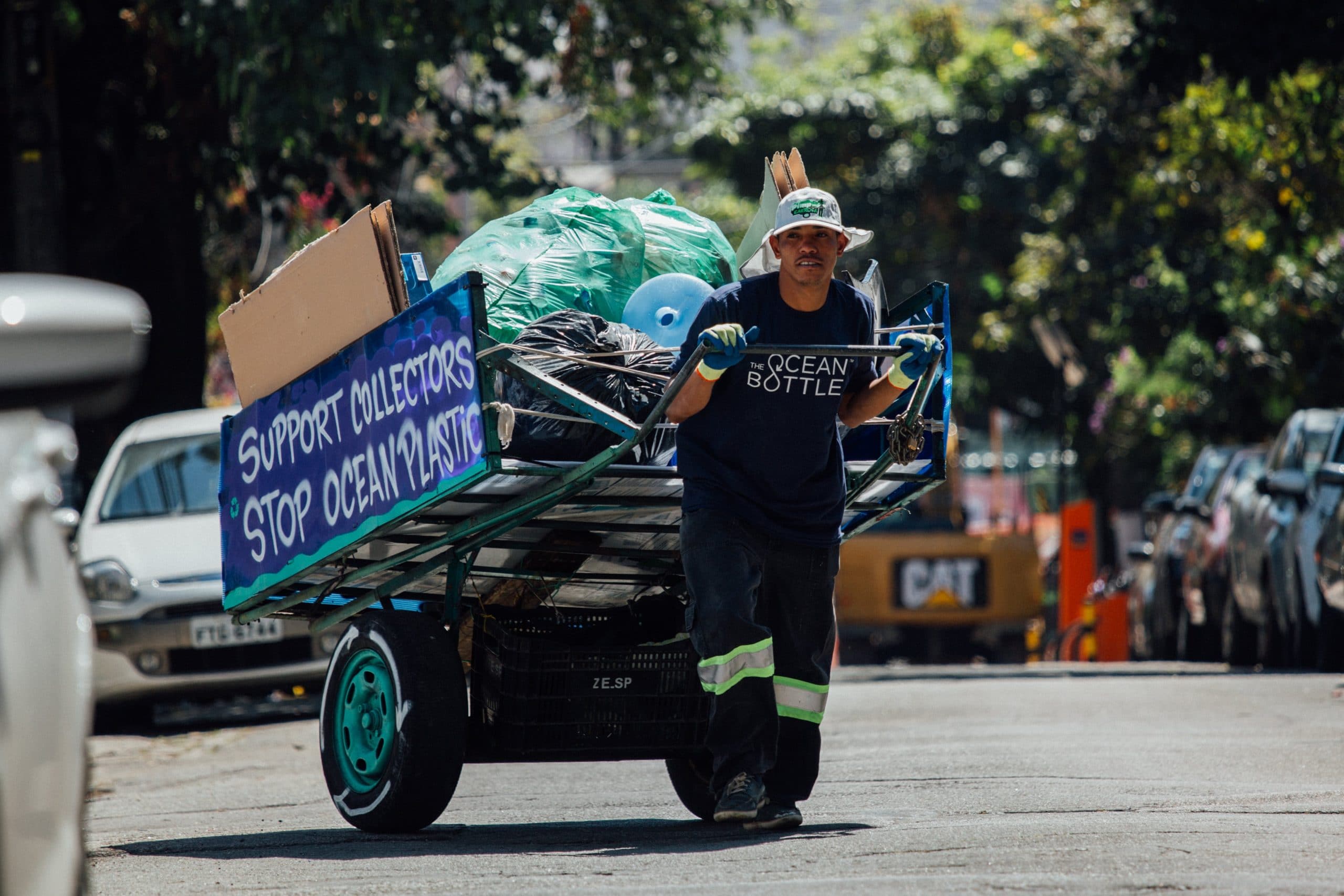 What happens to the plastic waste when it arrives in a plastic bank?

Plastic waste is collected by people in coastal communities who can exchange it for digital tokens. These tokens can then be exchanged for money, health care, technology products, school fees or micro-credits from their local Plastic Bank.

After being collected, the plastic is weighed, then sent for recycling and turned into a new raw material called social plastic. This plastic can then be used to make new sustainable and ethical products such as the reusable Ocean Bottle. Through the sale of each bottle, Ocean Bottle finances the collection of 11.4 kg of plastic, the equivalent of 1,000 plastic bottles, and invests in citizens' waste management. By creating a sustainable and circular economy, the circle is thus closed.