All you need to know about tap water quality!

Tap water, sometimes called running water, is drinking water distributed directly to users. It is transported by a network of pipes from its collection point (source, borehole, river, etc.) to our taps. Its quality is regulated and subject to health controls. Most often, this water is made potable by a treatment and disinfection centre, then stored in one or more tanks before being consumed.

Today, whether for practical reasons, to save money or even for ecological commitment, more and more of us are drinking tap water.

However, a number of common misconceptions persist and the origin of tap water still seems relatively unknown.

To answer all these questions, I have done some research to tell you everything there is to know about tap water quality! 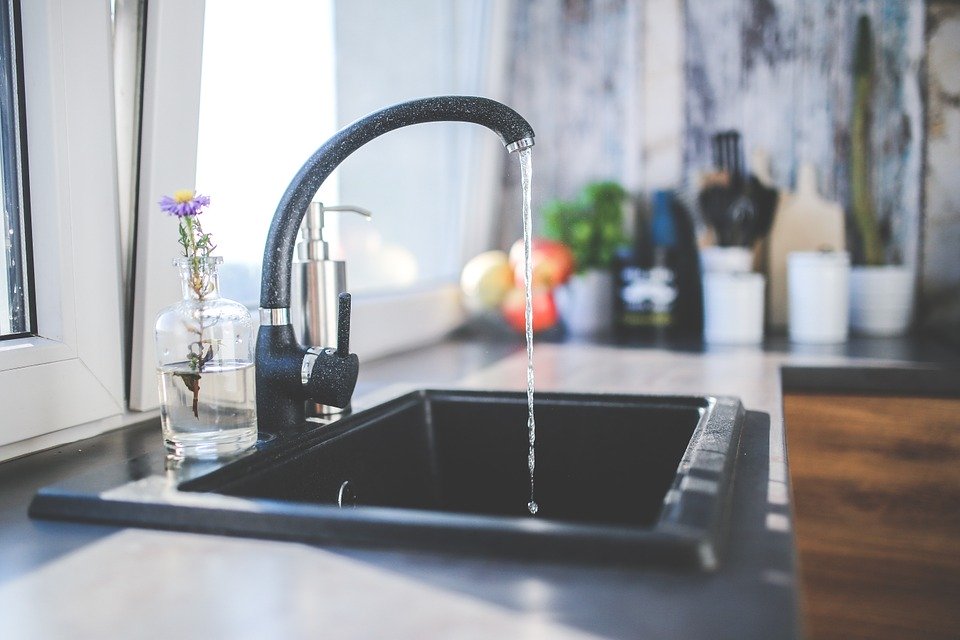 Where does tap water come from ?

Contrary to what many people think, drinking water does not exist in its natural state. In most cases, it must undergo several treatments in order to comply with the standards. More than 60 quality criteria are established by the WHO to verify whether or not the water is safe to drink. All these criteria are calculated in relation to the most vulnerable populations (children, pregnant women, etc.).

The regulations also require sanitary quality as a priority. Let water be guaranteed against all risks, immediate or long-term. Whether these risks are real, potential or even just assumed. Then, organoleptic quality water. That is to say, water that is pleasant to drink, clear, odourless and balanced in mineral salts.

Also note that it is important not to confuse the drinking water circuit with the sanitation circuit. These are two different operations. The pumping and treatment station is used to make the water clean for consumption, and then distribute it to the homes. While the treatment plant treats drinking water after its use, before returning it to a river.

In most European and North American countries, tap water is as healthy and good (and in many cases, better!) than bottled water. Use it! It is a privilege! It seems very simple and obvious, but why do we always buy bottled water then?

What appears to be a harmless bottle of water contains hormone-disrupting chemicals such as Bisphenol-A and Phthalate. Bisphenol-A (BPA) has been shown to cause hormonal imbalance in the body and has even been associated with various types of cancer, obesity, miscarriage, sterility and neurological disorders. Of course, plastic water bottles are disposable and practical. But they are also terrible for our ecosystem.

According to a survey conducted by Consumer Reports, some mineral waters would even be refused from the public distribution network because they do not meet the quality criteria required for drinking water.

In addition, mineral and spring waters are of underground origin. However, they do not meet the same regulations as tap water. For fluorine, for example, the limit is set at 1.5 mg/l for drinking water, while mineral waters can contain up to 5 mg/l. Note that according to WHO, long-term ingestion of large amounts of fluoride is likely to lead to potentially serious bone problems.

First, because the price per litre of bottled water is on average €0.50 (mineral and spring water). While the average price of tap water in France is 0.003 € per litre! So simply fill your filter water bottle with tap water to save money. That is about 200 € of savings over one year.

Second, because many of the adverse health effects attributed to harmful plastic components could come from the growing plastic pollution on our planet. Indeed, each year, about 80 billion bottles of water are sold and consumed. At the same time, the average recycling rate for plastic packaging in Europe is only 40.9%. Knowing that plastic takes about 1000 years to degrade, every minute, between 80 and 120 tons of waste ends up in the oceans. Among these wastes are mainly plastics, reducing our plastic consumption is therefore an essential ecological gesture.

Finally, although it is difficult to say that tap water is of better quality than bottled water. It would appear that quality controls are still stricter for tap water. The regulations require sanitary quality and daily controls. Municipalities are also required to inform users of the results. 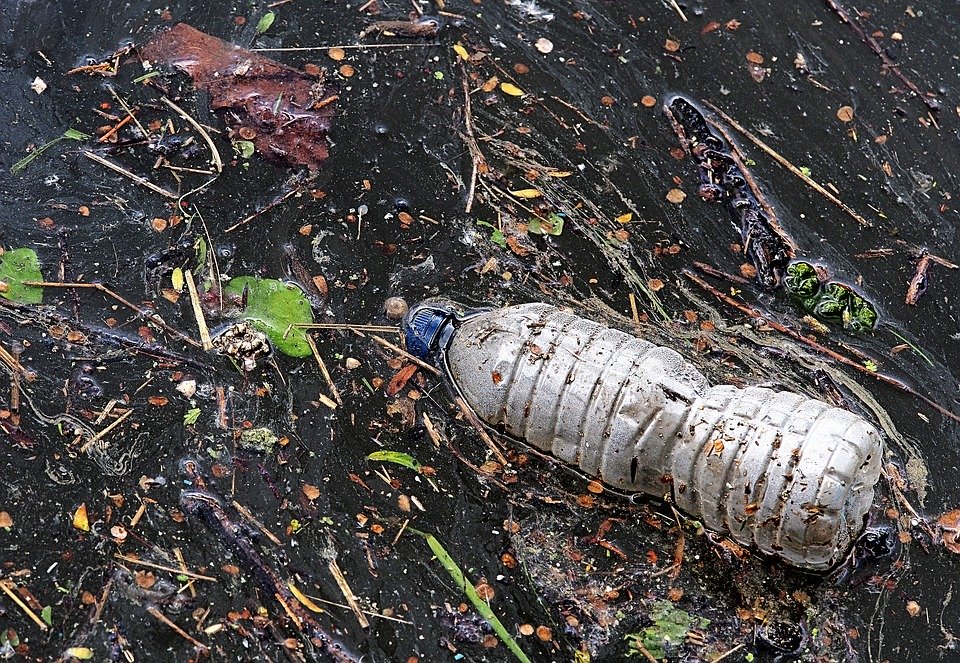 Is it dangerous to drink tap water ?

Mainly of underground origin (groundwater supplied by rainwater), tap water is naturally charged with mineral salts and trace elements essential to our health (phosphorus, calcium, magnesium...). Limestone is present in tap water and is also found in bottled water (mineral water). The hardness of the water has no impact on health, but very hard water can be irritating to sensitive skin.

In some places tap water can also have a chlorine smell and taste. Please note that chlorine is used to guarantee the total bacteriological quality of the water during its transport to your tap. It thus contributes to the safety of your water because it reacts with most pollutants. Note, however, that the added chlorine doses are reduced to the strict minimum and are very low, so they are not harmful to health. In addition, chlorine tends to disappear as a function of the temperature and residence time of the water in the pipes.

Thanks to the multiplication of treatments and the closure of certain catchments, tap water meets the standard set at 50 mg/l.

Tap water accounts for less than 5% of our dietary exposure to pesticides.

In countries with a purification system, the concentrations of medication residues in drinking water are extremely low and so are the human risks.

The quality limit for lead in water has been 10 micrograms per litre (10 µg/L) since December 25, 2013. In order to provide users with water that complies with regulations, public authorities have launched programmes to replace public lead connections (between public and private pipelines).

As the third element of the earth's crust, aluminium is used in the composition of all soils, plants, animal tissues... and therefore in water resources. Our exposure to aluminum is 95% foodborne. The water we drink represents, on average, less than 5% of this daily food intake.

Arsenic is a chemical element naturally present in the soil. It can dissolve in groundwater and contaminate it. Water is not the only source of arsenic exposure for humans. Some foods such as rice, chicken, seafood, mushrooms, etc. also contain low levels of arsenic. The acceptable arsenic concentration according to the World Health Organization (WHO) guideline is 10 µg/L for drinking water.

Which filter for tap water ?

As a general rule, in so-called developed countries it is not necessary to filter tap water before drinking it. To remove a chlorine smell or taste, for example, simply let the water run for a few seconds or put it in a carafe in the fridge.

However, for the most sceptical, there are more or less effective solutions for filtering tap water, namely:

The filter carafe generally filters scale, lead, limestone, calcium, magnesium and chlorine. So, contrary to popular belief, filter jugs hardly filter nitrates. The fact that there is no more chlorine once the water has been filtered has the disadvantage of favouring certain bacteria since the water becomes more fragile. In addition, some elements such as calcium or magnesium that are removed during filtration are beneficial to health. Their main asset is therefore in terms of taste. For those who don't like the taste of tap water.

Unlike filtration tablets, the filter bottle allows you to drink water directly from the bottle without having to wait for hours. They are now equipped with the best filtration systems. Powerful antimicrobials made of fibre or activated carbon, and thus allow most of them to filter efficiently about 99.9% of bacteria and protozoa. This allows you to purify water from any source (except seawater and chemically polluted water), even stagnant, by removing bacteria, fine particles and other harmful microorganisms. Filters also improve taste, water clarity and odours!

Reverse osmosis is a system for purifying water containing materials in solution by a very fine filtering system that only allows water molecules to pass through. The most common models use three cartridges. The first is a sediment filter to retain all solid impurities in the water. The second is an activated carbon filter that neutralizes chlorine. Finally, the third cartridge receives the reverse osmosis membrane. Installed under the sink of your kitchen, this device ensures that your water tastes natural and is free of any pollutants that may be present in tap water, such as lead, mercury, pesticides, nitrates and medicines.

Filters for the tap

The tap filters are installed directly on the tap in your kitchen. Their cartridges filter 3000 litres of water, approximately every four months, for the more efficient models. These filters remove chemical residues, heavy metals, nitrates, pesticides and bad odours due to chlorine.